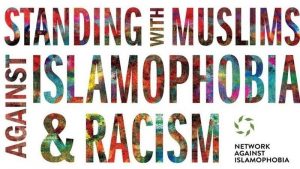 I’m writing today, as a retired Intelligence Officer and current interfaith/intercultural advocate, to challenge your statement that “Islam is a domestic enemy of America.”  I will not address the sourcing of your social media post, other than to note that it appears (from open source) that individual’s knowledge of Islam may be self-taught.  In addition, perhaps you are not aware that a well-funded anti-Muslim propaganda machine spends hundreds of millions of dollars fanning the flames of Islamophobia.  Regardless, I offer below a different point of view, based on my extensive counterterrorism expertise, my formal study of Islam, and my personal interaction – as a Christian – with Muslims.

During my Intelligence career, spanning almost 32 years, I do not recall a single instance when Islam was ever identified as “the enemy” – this includes the years after 9/11 until I retired in December 2014, during which I worked with counterparts in the Middle East, Europe, Africa, and South East Asia to identify, penetrate, and disrupt terrorist networks.  Of note, for decades of my career, I worked shoulder-to-shoulder with counterparts around the globe of different faiths and cultural backgrounds, pursuing enemies of mutual concern.  Many of my professional successes – particularly those accomplished with international partners – were not in spite of our differences but BECAUSE of them.  Given this, I was stunned at the level of fear and hatred of “the other”, especially Muslims, that I encountered when my husband and I retired to Greenville, South Carolina.  It quickly became apparent that these attitudes were a result of ignorance.  Having lived, worked, and vacationed in Muslim-majority countries for years, I began drawing on my personal experiences to dispel dangerous myths about Islam voiced within the community, and I accepted a position in an Upstate nonprofit, actively engaged in building bridges between people of different faiths and cultures.

As I transitioned from public service to work in the interfaith/intercultural arena, I attended classes at a local university and studied Islam, Judaism, and Hinduism.  I was amazed to learn how much these religions have in common, not only with each other but also with Christianity.  During this period, I also read an English translation of the Qur’an, cover to cover, so that I could see for myself what the  Muslims’ holy book ACTUALLY says – paying close attention to the verses often referenced by terrorists and anti-Muslim hate groups.  (In case you are wondering, I do read and speak Arabic well enough to know that the English version of the Qur’an mirrors the original text.)  Pouring through the pages of the Qur’an, I was fascinated to learn that Muslims and Christians believe in the same God and that the Qur’an parallels many of the same stories in the Bible.  More important, I realized that terrorists and anti-Muslim hate groups have hijacked and distorted verses in the Qur’an to fit their evil agendas.

As I dipped my toe into the waters of the interfaith arena, a colleague suggested that I read a compelling historical account of a Muslim world leader, well-known during the 19th century as one who demonstrated through his actions – to  include risking his life to save thousands of Christians – the power of unifying people of different faiths to combat evil, so that peace could prevail.  In Commander of the Faithful/ The Life & Times of Emir Abd el-Kader, author John W. Kiser tells the gripping story of this Algerian leader, who won not only the trust, respect, and admiration of the men under his command and tribes in the region but also of Europeans who originally feared him and his family, because of stories they had heard of atrocities committed by Arabs and Muslims.  European hearts and minds were changed, and stereotypes about Arabs and Islam were destroyed through PERSONAL INTERACTION and INTERFAITH DIALOGUE.

This leads me to my final point.  Without question, the best “sourcing” of information I can offer you about Islam is drawn from my personal interaction with Muslims.  As noted above, my husband and I (both Christians) spent a considerable amount of time living, working, and vacationing in Muslim-majority countries.  We look back fondly on the warmth and generosity extended to us by Muslims in far away places, as they shared with us their rich traditions and cultures, as well as the peace of Islam.  As we settled into retirement in the Upstate, we sought out the Muslim community and, as expected, the welcome we received rivaled the legendary “Southern hospitality.”  During our four years in Greenville, we attended a number of events hosted by the Islamic Society (open house outreach events, picnics, fundraisers, cultural celebrations, Iftar dinners during Ramadan, etc.), and each time we left inspired by the impressive efforts of these Muslim brothers and sisters to make the Upstate, our country, and the world a better a better place.

No doubt COVID-19 has put a halt to many of the interfaith efforts in the Upstate.  As South Carolina reopens, I encourage you to attend events hosted by the Islamic Society of Greenville, as a way to meet your Muslim neighbors; perhaps start by attending an outreach event at the mosque in Taylors.  In addition to seeing for yourself how much you have in common with these fellow-Americans, you will learn that their religion is NOT based on violence or oppression but rather peace and surrender to God’s will.  My husband and I not only attended this informative gathering at the mosque ourselves, but we also returned a number of times, bringing friends with us – some of whom had never knowingly spoken to a Muslim before.  It was exciting to see views of Islam change.  If I were still in Greenville, I would offer to accompany you to any of the interfaith events in the area.  My husband and I left the Upstate in 2018, to live closer to our daughters.  I remain in touch with my fellow interfaith/intercultural advocates in South Carolina, however, so I have no doubt that I can find someone to answer any questions you might have about Islam or to provide you with information about upcoming interfaith programs.

I close by sharing a story about Islamophobia that illustrates both the danger posed by ignorance and the power of knowledge in ending hate.  History has proven that ignorance breeds fear that can lead to hate; left unchecked, that hate can result in violence.  A dear friend of mine found himself on the receiving end of this deadly escalation of ignorance to violence almost 19 years ago.  Days after the 9/11 terrorist attacks, Mark Stroman – a white supremacist calling himself “the Arab Slayer” – walked into the convenience store where Rais Bhuiyan was working.  Stroman was on a shooting spree and, from close range, he shot Rais (mistaken as an Arab) in the face.

Rais, the sole survivor of Stroman’s hate, not only forgave his would be killer, but he also fought to prevent his execution.  Drawing on his Islamic faith, Rais launched an inspiring campaign to save  Stroman’s life, exhausting all possibilities.  Although Rais’ efforts failed, before Stroman was executed, he learned about his victim’s tireless efforts to spare his life.  During a phone call with Rais, shortly before his execution, Stroman told Rias, “I love you, bro.  I mean it.”   Among Stroman’s last recorded words were the following: “Hate is going on in this world, and it has to stop. One second of hate will cause a lifetime of pain.”( http://www.clarkprosecutor.org/html/death/US/stroman1262.htm)

I’m proud to serve on the board of World Without Hate, the nonprofit that Rais and his wife Jessica established in their ongoing quest to break the cycle of hate and violence through respectful dialogue.  My passion for their work and my respect for our Muslim brothers and sisters in Greenville drove me to speak out against the dangerous Islamophobic message posted on your Facebook campaign page.