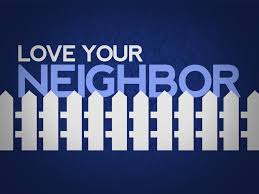 In 2010, when I was well on the road to getting my life back together, I moved into an attractive apartment complex in Dallas. I wanted to be polite to my new neighbors in the fashion of my culture, so I made Bangladeshi rice pudding for everyone in my building. I put the dessert in containers and went door to door to introduce myself and present my gift. Most people accepted it graciously, even the ones who had no intention of actually eating it.

At one door, however, I met with coldness. Nobody would answer the door even though I could hear them inside. I tried three times to make the acquaintance of that family, but I had no luck.  I left. I told myself that I had done my part, and they had made their choice. I hoped that someday we would meet.

Several days later, I saw one of them in the parking lot.  I will call him David. I introduced myself. “Hello my name is Rais, I am your neighbor living upstairs.” I suspected from his facial expression that he was not interested in getting to know this neighbor. Nevertheless, I invited him to come up to my apartment for a cup of coffee anytime.

We saw each other in the parking lot several times after that, but we never exchanged anything beyond a “Hi” or ‘Hello” until one day when I saw him polishing his car. We talked for few minutes about the materials he was using, and I had a chance to give him my contact number and to invite him to call me if he ever needed something.

Sometime later, on a Saturday afternoon, I was jogging near the apartment complex when suddenly my cell phone rang. I answered it and heard David say, “Hey Rais, I need a big favor from you. I was in a car accident last evening, and I thought I didn’t need to go to the hospital, but now I feel as though I am about pass out. My wife is pregnant and can’t take me to the hospital. Can you please take me?”

I stopped jogging, ran towards my apartment, picked him up from his house, and took him to the nearest hospital. While we were waiting for the doctor, he asked if I could get him a Dr. Pepper. I had no cash or credit card with me because I had rushed to get him, so I called a friend and asked him to bring the drink or a dollar bill, so that I could buy it from a vending machine. My friend arrived with a dollar bill and I was finally able to get David his requested Dr. Pepper. He was grateful, but curious as to what on earth had taken me so long.

During the four-hour emergency room ordeal, I kept updating his wife about his condition. When he was finally released, I took him to a Bangladeshi restaurant, bought him dinner, and got something to take home to his wife.

The next day David asked if he could come up to my apartment and I welcomed him.  After he thanked me, he told me that there was something he needed to say.  I wondered if he still wanted to know why the Dr. Pepper had taken so long, but I was stunned when he admitted, “I have been treating you badly.  I was ignoring you because you look as though you are from the Middle East.  You look like all those suicide bombers and terrorists.”

I had known that David had not been eager to know me, but I had not realized that he saw me as a possible suicide bomber! I was shocked! David was educated, he had a good job, he was raising a family, and it had been nine years since the 9/11 tragedy. Still, he had judged me on the basis of my looks.  And yet, something magical was now happening.  He explained how my assistance the previous day had opened his eyes and changed his impression of me.  He told me that I was the first Muslim he had ever known, and that his previous impressions of Islam had been based solely on media images. “I judged you without knowing you,” he said.

David went down to his house and came back with a green baseball bat in his hand. He gave me the bat and said, “From now on, you are my brother, and if anyone says anything bad to you, you call me.  I’ve got your back. Keep the bat handy for protection in case you ever need it.”  While I have no intention of ever using that bat against anybody, I was moved by my new friend’s concern for my safety.

Since that time, David and I have spent many hours together, and both of us have grown and benefited from our friendship – a friendship that would never have existed unless both of us had moved past first impressions and had dared to reach across the artificial cultural barriers that separated us.

I hope that World Without Hate allows all of us to do the same.  It is in sharing our stories that we begin the process.  I look forward to hearing yours.