Growing up in the Bible Belt, I was surrounded by people who fostered an “us versus them” rather than inclusive attitude. Racially charged jokes were not uncommon, interracial dating and marriage were viewed as a violation of God’s law, and those who worshiped differently than our Baptist church (Jews, Muslims, Catholics, Mormons, Seventh Day Adventists, to name a few) were deemed sinners who would not fare well on Judgement Day. 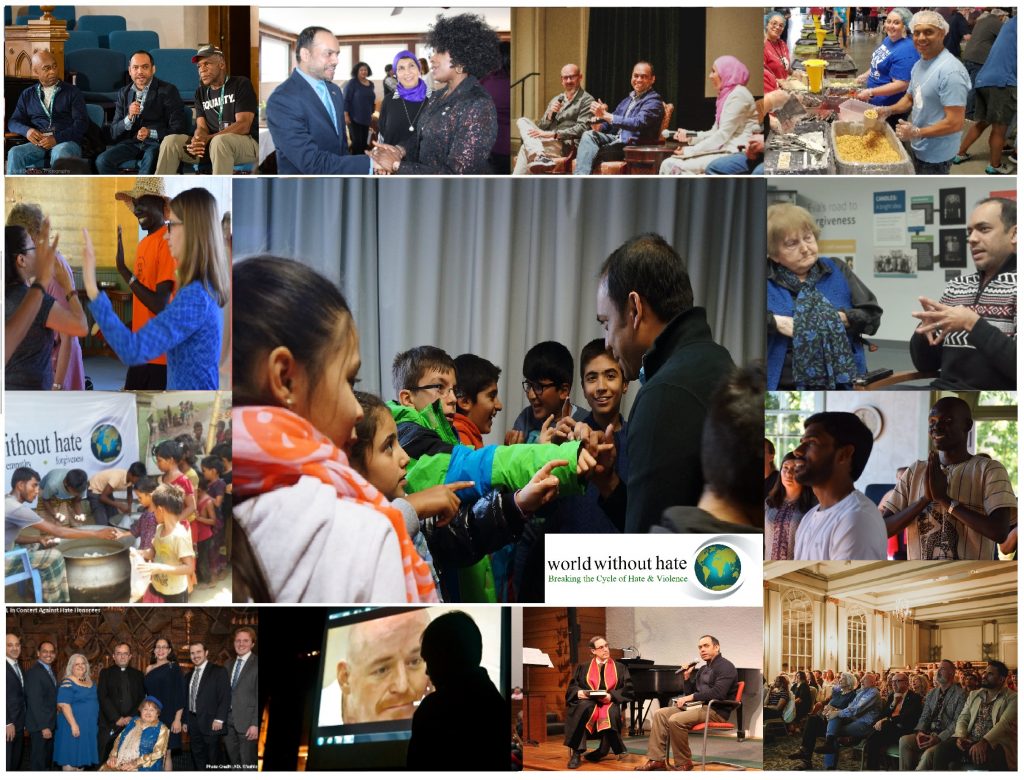 Shortly after moving North to attend a large public university, it was clear to me that I was more like “them” than the “us” of my youth. My closest friends in college included students from many ethnic, cultural, and religious backgrounds. I was intrigued by our differences and free – for the first time in my life – to challenge the racism and bigotry that I saw. (As a kid in my family, questioning an adult’s belief was often seen as “being sassy” and disrespectful.)

For the next three decades, I worked shoulder-to-shoulder with counterparts around the globe of different faiths and cultural backgrounds. Many of my professional successes – particularly those accomplished with international partners – were not in spite of our differences but BECAUSE of them. Given this, I was stunned at the level of fear and hatred of “the other”, especially Muslims, that I encountered when I retired. It quickly became apparent that these attitudes were a result of ignorance. Having lived, worked, and vacationed in Muslim-majority countries during my career, I began drawing on my personal experiences to dispel dangerous myths about Islam voiced within my community, and I accepted a position in a nonprofit, actively engaged in building bridges between people of different faiths and cultures.

It was during this time that I met Rais and Jessica Bhuiyan, of World Without Hate. I was not only inspired by Rais’ story of forgiveness but also his passion to break the cycle of hate and violence. Many will recall the “Arab” shootings in Texas, days after 9/11. Rais, mistaken as an Arab, is a survivor of that hate-filled violence. Remarkably, he not only forgave the man who shot him; he fought to save his life. Rais and his wife Jessica have dedicated their lives to teaching others the importance of forgiveness, compassion, empathy, understanding, and acceptance. With hate crimes on the rise, their mission is more important today than ever before.

Giving to World Without Hate will allow this nonprofit to partner with community level advocates and anti-hate organizations across the USA to tackle the roots of hate, by creating human encounters that foster respectful, honest conversations. Remember, ignorance breeds fear that can lead to hate; left unchecked, hate can lead to violence.